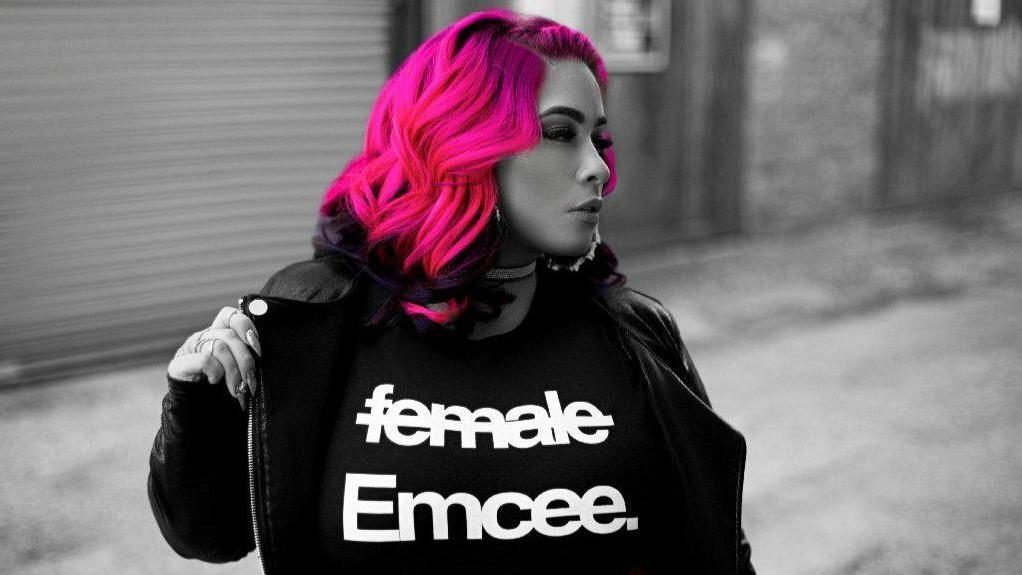 “Healing is OK and being vulnerable is OK, and that’s one of the things I want to share in my music,” said Marisol Velez, a Chicago-born and -bred rapper who performs as Pinqy Ring.

Velez has seen it all, but music — and rapping specifically — was not a passion until she reached high school. After a mostly quiet freshman year at Lane Tech, she made new friends who shifted her whole life. Velez said she grew up in a strict, religious household, which ultimately influenced her interests as a young adult. Hip-hop was not allowed; even gospel music was off the table. “Anything that made you kind of want to move your body even a little bit was the devil’s music,” Velez said about her youth.

Her strict upbringing made her rebellious as she got older. Velez describes this time as her at her worst. She regularly hung out on the streets and did whatever she felt like doing. Rapping was a casual hobby between Velez and her friends, who were mostly male at the time.

A near-fatal car accident during her freshman year at the University of Illinois at Chicago shifted her life again. Velez woke up from a coma in Cook County hospital with broken teeth, a broken nose and a bruise on her brain.

“Seeing myself like that and not recognizing myself, I realized that could have been the end of my life,” Velez said. “Seeing that and the pain my mom was in kind of made me realize I can’t keep living my life this way. I have this opportunity available to me to really tell my story and share my narrative and who I am and what I’ve been through. You know, change the world one day.”

Velez describes it as one of a series of essential shifts and affirmations in her life. “Being in the music industry and being a woman in the music industry, it’s so hard that I’ve quit seventy eleven times already,” she joked. “But then something will happen that will reaffirm this is my path and this is what I’m supposed to be doing.”

This life-or-death experience made Velez not only abandon her teenage rebellion; it also changed the type of music she aimed to create. Her earlier rhymes were braggadocian, but her post-accident lyrics aimed at something more personal and vulnerable. If Velez genuinely wanted to share her gifts as an MC to the world, she wanted to leave behind a body of work both raw and radical. “I wouldn’t have been given a second chance at life if being open wasn’t what I’m supposed to be doing in life,” she added.

For example, on the track “Little Hearts,” released three years ago, Velez tackles the uncomfortable, often ignored subject of childhood sexual abuse. Many people questioned the MC over her subject matter, but she doubled down, emphasizing how important it is to address the deepest and darkest parts of our histories. Since releasing the track, the rapper said many young women have reached out to her to thank her. Some shared with Velez their own stories for the first time.

Sharing narratives of social justice and equality continues to play an essential role in her music career. She works as a site coordinator for Guitars Over Guns, an art mentoring program serving youth in underserved neighborhoods in Chicago. She’s also a participant of Next Level, a cultural exchange program sharing hip-hop across the globe and sponsored by the U.S. Department of State’s Bureau of Educational and Cultural Affairs. Sharing her specific vision of hip-hop as a healing storytelling medium around the world is all part of the plan. “I’ve put both feet on the ground with dream held tightly in my hand,” Velez said. “This is what I have to do.”