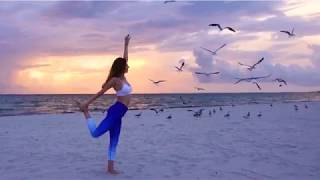 Schools traditionally teach children academic skills such as literacy, numeracy – they do not, however, teach skills for well-being– for more positive emotion, better relationships, more engagement, and more purpose and meaning. Although there is mounting evidence that such well-being can be taught to individuals (1), well-being is widely considered to be a private matter and there is skepticism that teaching it in school might waste valuable time, interfere with traditional academics, and divert valuable resources from academic subjects (2).

Interventions with the goal of increasing youth well-being in schools are likely more effective when they permeate all facets of an educational institution – students, teachers, staff, leadership, existing academic subjects, and extra-curricular activities (6). Bhutan provided such an enabling setting.

Bhutan is a small Himalayan country with fewer than one million inhabitants, and it uses Gross National Happiness (GNH) rather than Gross Domestic Product (GDP) to assess national progress and to drive public policy (7). The GNH index includes nine domains of progress: health, time use, education, cultural resilience, living standards, ecological diversity, good governance, community vitality, and psychological well-being. In line with this, Bhutan has organized its education system around the principles of GNH; the Bhutanese Ministry of Education’s explicit mission is to “Educate for Gross National Happiness.”

The Bhutanese Ministry of Education invited us to develop a GNH Curriculum that targets ten non-academic “life skills” for secondary school students (grades 7 through 12):

– Empathy: identifying what other individuals are feeling or thinking

– Communication: being active and constructive in inter-personal communication

– Creative thinking: developing ideas that are novel and useful

– Critical thinking: conceptualizing, applying, analyzing, synthesizing, and/or evaluating information as a guide to beliefs and actions

– Upward shift of 0.53 standard deviations in standardized exam performance (students who were performing at the 50th percentile before the intervention performed at the level of students in the 60th percentile after the 15-month intervention)

Mediation analyses revealed three potential mechanisms through which the GNH intervention caused an increase in standardized test results. Perseverance was the strongest mediator, consistent with the existing psychological literature on self-discipline, grit, and academic achievement (10). Connectedness was the second strongest mediator between well-being and standardized test scores. Research suggests that having high-quality friendships, or at least one best friend, helps prevent children and adolescents from being bullied, a leading cause of social and emotional violence in schools (11). Further, positive teacher-student relationships play an important role in students’ resilience and academic performance (12–14).

Engagement was the third strongest mediator between well-being and standardized test scores. The literature on “flow” suggests that individuals experience this psychological state when they are using their core strengths, particularly when engaged in an activity aligned with their interests (15, 16). Heightened attention is an underlying mechanism of flow, and prior research has demonstrated that heightened attention leads to enhanced performance (17).

Our study has substantial limitations. First, we conducted this study in a country that is unique in many ways. Bhutan is a small, homogenous country, with a population of about 700,000 that is 95% Buddhist and ethnically uniform. More importantly, with its GNH development philosophy, Bhutan has, since the 1970s, embraced well-being as a public policy goal. So we do not know if our results are replicable in other nations or in settings that do not value well-being as highly. Secondly, the GNH Curriculum taught ten skills; we cannot identify which skills worked and which accounted for how much of the variance in well-being and in standardized test scores. Future experimental research will answer these empirical questions. We are currently collaborating with national and international organizations to conduct randomized control trials in seven countries. The results of these studies will reveal whether positive education is a feasible new global educational paradigm.

Should Happiness Be Part of the School Curriculum?

Olivia Parker
11 JULY 2016 • 1:01PM
Every morning after the register, the 260 pupils of Westfield Primary School in Hertfordshire settle in their classrooms into “mountain pose” (standing up, shoulders relaxed) or a sitting position. They close their eyes, imagine they are in their own private “bubble” and spend the next few minutes focusing on their breathing.

These children have completed “Paws b”, a mindfulness course for seven to 11-year-olds. Ask them about the benefits of meditation, says Westfield teacher Adrian Bethune, 35, and they’ll tell you it “flexes the brain’s attentional muscle, which has been proven to help strengthen the prefrontal cortex.” This part of the brain is in charge of concentration, making choices and doing your best.

Meditation is just one strand of new “positive education” methods starting to build momentum and gravitas in schools. The key idea is to teach good practices such as mindfulness and gratitude that will promote resilience and, it is thought, help children lead healthier psychological lives.

Until recently, these might have been dismissed as woolly theories but with children’s happiness now in the spotlight owing to high levels of self-harm, attempted suicide and other mental health problems, they are starting to be taken more seriously.

“Most heads in both phases, primary and secondary, would agree that there’s a challenge that we all face on the mental health of young people,” says Ian Bauckham, headteacher and former president of the Association of School and College Leaders. “There isn’t any single silver bullet, but I think schools teaching people to be resilient to difficulties and challenges is certainly one bullet that can be fired at this problem.”

At Bradon Forest School, a secondary in Wiltshire, assistant headteacher Julie Hunter introduced a happiness programme a year ago after noticing how many of her pupils lacked self-esteem and confidence.

“No matter what they did, it wasn’t good enough,” she says. Hunter completed the University of California’s Science of Happiness course and wrote a programme for teachers and pupils based on “making them happier as human beings”.

The school has since adopted one key idea each term – grit, growth mindset or resilience, for instance – and explored it through assemblies, tutor groups and one-on-one sessions. Pupils might be taught to notice their feelings, or teachers might play calming music in class. Change has been noticeable, says Hunter.

“Whereas in the past the students would say, ‘I’m really stressed,’ now they’re able to say, ‘I need to talk about this,’ or, ‘I need to stop and breathe.’ ” The summer exam period has been much calmer than usual, she reports.

Promoting happiness in schools isn’t new but convincing education leaders of its benefits has taken a lot longer.

Headteacher Anthony Seldon was widely criticised when he introduced the first “wellbeing curriculum” at Wellington College a decade ago. Wellbeing, it was felt, was antagonistic to academic achievement. And despite the success of the programme – Wellington soared up the league tables “quicker than any school in history” over the next nine years – Hunter reports that her colleagues were initially sceptical about her happiness programme.

Schools may now at last be about to enter a period of happiness enlightenment. Education Secretary Nicky Morgan last year vowed to prioritise “good mental health, character and resilience” as a means of boosting academic standards and in September the UK will get its first wellbeing master’s degree in the “philosophy of health and happiness” from Birmingham University.

Seldon, meanwhile, has become even more convinced about the importance of integrating positive psychology into the curriculum. “I am now much more confident that it is right to teach good habits to young people, because that is what happiness is about,” he says. “I would go further and say that if schools do not embrace this approach, they are being negligent towards their children.”

On July 19, he will speak on this subject at the Festival of Positive Education in Dallas, Texas. Many of the attendees will be interested, he says, in conclusive proof that teaching wellbeing produces academic results, which is seen as the key to convincing more schools to get on board.

One professor making progress in this area is Alejandro Adler, a “wellbeing scientist” at Pennsylvania University, who led a groundbreaking study into the effect of happiness classes on performance in Bhutan. More than 8,000 students at 18 schools were assigned either a placebo curriculum or a happiness one, which targeted 10 non-academic “life skills” including empathy and self-awareness.

The study concluded that the happy curriculum “substantially and significantly increased students’ performance on standardised tests”.

In the UK, pioneer studies are also collecting evidence about the effect of happiness on learning. Stephanie Davies, who founded the consultancy company Laughology, ran a “happy-centred school” project in St Matthew’s Primary, Luton, in 2012. After a year, SAT results improved by 20 per cent.

Implementation of such teaching methods is still far from widespread but Seldon, for his part, is optimistic. “The approach will grow in schools, as is already happening with character education,” he says. “The most important development is that the head teacher is passionate about it rather than just paying lip service.”

For the converted, positive teaching is a no-brainer. “Lots of teachers don’t feel they have the time or resources to teach happiness, whereas I don’t care about academic levels,” Bethune says. “I know that if I teach good lessons that are interesting and fun, the children will learn and make good progress.”