The Difference Between Being Liked and Being Respected

“Is it better to be liked or respected?”

It’s an age old question. In fact, it’s frequently asked in job interviews as aspiring managers are queried about what they think of the topic. Before you continue on and read my opinion, stop for a minute. Think about how you, as a leader, would answer this question. Take all the time you need and then keep reading onward when you’re ready.

Okay, glad to have you back! What did you pick? Being liked or respected? Why? Let me pose another question: is the answer that black and white? From personal experience, I can tell you, that I don’t ever recall liking someone I didn’t also respect.

However, if we’re always focused on being liked that won’t necessarily make us truly effective leaders. A good sense of humor, displaying empathy, working as part of a team, and being agreeable are all excellent qualities that draw people to like us.

Inevitably though, as leaders, we sometimes need to make decisions that aren’t “popular” to elevate performance. Issuing edicts, making threats, and instilling fear into others, may lead to bottom line results in the short term, but that certainly is not leadership and definitely won’t make us likeable. Fear, though often misconstrued, is not associated with respect either.

Instead, what if we communicate the reasons behind why these sometimes tough decisions are being made? Wouldn’t it go a long way in not only securing “buy-in” from the team, but also earn their respect? Dare I say, “they may even like us.”

So, if you were to ask me, “Would I rather be liked or respected?” My response is always, “Are those options mutually exclusive? No? Then, I choose to be both!”

Think about how others react and respond to you. How are you ‘showing up’ every day and leading with intention? When you do, “respect” and “like” are always sure to follow…

Live (and lead) on fire! 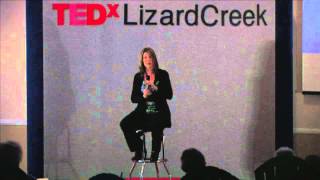 Let The World Be Your Classroom

Allison Wagner touched the wall after 400 meters of butterfly, backstroke, breaststroke and freestyle, an exhausting individual medley. In her hypoxic state, her mind honed in on a rather unusual detail of the setting that she has retained for 20 years.

“I was in shock, and the first thing I noticed were the shadows on the wall,” said Wagner, the silver-medal winner of the 400 IM at the 1996 Summer Olympics in Atlanta. “The sun was setting, as I remember it, and I found myself focusing on the prettiness of the way the light was coming into the natatorium.”

It is an ethereal image, one that might have held even more meaning and poetry had the results of Wagner’s race been different. Wagner finished second to Ireland’s Michelle Smith, whose 400 IM triumph was one of three she earned in Atlanta, making her perhaps the singular star of the swimming program of those Games.

While hounded by suspicions and accusations of performance-enhancing drug use, Smith (who now goes by Smith de Bruin) passed drug tests at the Olympics. In 1998, however, she was banned by the international swimming federation (FINA) for four years for tampering with a urine sample provided on an unannounced drug-test visit to her home, a vindicating moment for those who believed her golds had not been won fairly.

The ban effectively ended Smith’s career. But because she had passed the drug test at the Games, she retained her Atlanta golds, though the court of public opinion has judged strongly against her. Twenty years after she was awarded silver in the Georgia Tech Aquatic Center — now the McAuley Aquatic Center — Wagner wants to take the final step of being recognized as the rightful champion of the 400 IM champion of the 1996 Summer Olympics. She is seeking to petition the International Olympic Committee review the race to possibly award her the gold.

The IOC has been willing to consider retroactively stripping medal winners. In November, the IOC asked the international track and field federation to take action against Russian athletes after the World Anti-Doping Agency made accusations of widespread doping and state-sponsored cover-ups. The IOC was willing to strip medals if warranted.

Wagner, who turned 39 on July 21, is not the case of a woman who has wandered the world bitter for the past 20 years. She lives in San Francisco, employed in marketing and development for a maternity-products company (Simple Wishes), putting her Pilates training to work by helping clients with spinal and joint alignments, doing speaking engagements and also selling artwork, mostly abstract paintings.

“It’s kind of like the individual medley of workplace life,” she said. “I like to keep things mixed up.”

She recognizes that life probably would be different had she emerged from the pool the winner of the gold medal and not the silver.

“Generally speaking, I think that’s just the way life works,” she said. “There’s one thing that happens, and it’s subsequently a chain reaction. One event affects the other and so on.”

The 400 IM in Atlanta perhaps was the peak of her career, achieved the day before her 19th birthday. She set a short-course (25-meter pool) record in the 200 IM in 1993. She was a national champion in the 200 and 400 IM’s in 1994 and was an 11-time All-American at Florida. Her career, however, was marked by losses in major international meets to swimmers who were either suspected of doping or were later found to have used performance enhancers.

She stopped swimming in the late ’90s and didn’t pick up serious training again until about 2004, when she trained until the 2008 Olympic Trials. She did not make the team.

Wagner said she began to consider petitioning the IOC around the time that cyclist Lance Armstrong had his seven Tour de France titles revoked for his doping program.

“In my mind, you’re pursuing excellence with integrity,” she said of the Olympic spirit. “I think it’s about time the Olympics is cleaned up.”

In her effort to gain the attention of the IOC, she has engaged the U.S. Olympic Committee for guidance and assistance.

“I was surprised at the response I got,” she said. “And while nothing’s happened, I’ve been encouraged by people’s opinion on the matter and the responses I’ve gotten.”

Perhaps no response was more emphatic than one she received the night of July 20, 1996, the night she finished second to Smith. Finishing third was Hungary’s Krisztina Egerszegi, a five-time gold medalist.

Said Wagner, “After we both climbed out of the pool, she came up to me and wished me congratulations and said I was the real winner of the race.”

1996 Olympian Allison Wagner Wants Athletes To Speak Out Against Doping

As Lilly King and Yulia Efimova exchanged finger wags before they faced off in the women’s 100 breast at the Olympic Games, 1996 Olympic silver medalist Allison Wagner felt a bit of déjà vu.

After Efimova won the first semifinal and King the second, Wagner was watching on television as King explained to the world why she believed Efimova—twice suspended for positive drug tests—did not deserve to be competing at the Olympic Games.

It was when Wagner read that King had been called “unsportsmanlike” for speaking out that Wagner decided to do the same. After all, Wagner knows exactly what it feels like to compete against someone who has taken performance-enhancing substances.

Wagner won a pair of silver medals in the 200 and 400 IM at the World Championships in Rome in 1994, both times finishing behind Chinese swimmers (Lü Bin and Dai Guohong, respectively). China won 12 of 16 women’s gold medals at that meet, drawing heavy suspicion of performance-enhancing drug use—later proven to be true.

Two years later, Wagner won the silver medal in the 400 IM at the Atlanta Olympics, coming in three seconds behind gold medalist Michelle Smith of Ireland. Smith came out of nowhere to take home four medals from Atlanta, three of them gold. While swimming in an outside lane, she clocked 4:39.18 to win the 400 IM, almost twenty seconds quicker than the time she had swum four years earlier at the Games in Barcelona (4:58.94).

With that massive improvement, eyebrows were raised as to the legitimacy of Smith’s times, and Wagner, Janet Evans and others were among those with serious doubts.

“It was evident to me and everybody else I talked to that she was suspect,” Wagner said about drug use during the 1996 Olympic Games.

After years of racing the Chinese women, Wagner had learned the telltale signs of a doper—facial hair, deeper voices, changing muscle complexion, actual ring marks from where the injections had been given and association with proven violators.

But Wagner had to wait two years for her concerns about Smith to be validated. In 1998, Smith was banned four years for tampering with her urine sample with alcohol. Later on, it was determined that that sample as well as two previous ones had included traces of androstenedione, a precursor to testosterone.

“I was disappointed it took that long,” Wagner said. “She tampered with her sample. There’s no way an athlete should be able to do that if anti-doping standards and procedures are upheld.”

Wagner explained that an anti-doping agent is to remain by the side of an athlete being tested throughout the entire process of an out-of-competition test. Why did that not happen for Smith, and why had she not been banned earlier if traces of a steroid had already been found?

Smith was out, and she would never return to the sport. But she took with her the four medals from Atlanta into retirement and never had to give them back. Her samples from the Olympics were tested in 1996 and came back clean, and she continued—and, in fact, continues to this day—to deny that she ever used illegal drugs. But even with more modern testing methods now available, those samples have not been looked at again.

“I think when it’s proven that the athletes doped, those races should be reviewed,” Wagner said. “Those athletes’ [samples] should be retested.”

Just like many other cheated out of their rightful place in history, nothing of the sort ever happened. Wagner still has the silver, having never heard from anyone at the International Olympic Committee about the situation.

And what happens when an athlete gets caught cheating and tests positive? Two-year ban, right? Well, not so fast. China’s Sun Yang was out for just three months after a positive test in 2014, and Efimova was suspended 16 months in 2013 so that she would be eligible just in time to qualify for the 2015 World Championships—set to be held in Russia, of all places.

“I think people forget this is a sport, a game,” Wagner said. “You have to follow the rules. You can’t just make up a new turn that breaks the rules and expect to not get disqualified.

“I want to see doping regulations treated like rules regarding stroke in swimming. I think [anti-doping] decisions seem more arbitrary and more influenced by other factors besides the standards that are supposed to be in place no matter what.”

More than anything else, Wagner wants to start a real dialogue about doping in sports and help foster an environment where athletes will not be afraid to speak out when they believe illegal substances are in use.

“These drugs, they don’t work like caffeine—they’re not short-term drugs, and they can affect you for a very long time,” she said. “This is an issue that affects a lot of athletes, and they should be concerned if they truly are a team player.”

As much as the current situation depresses Wagner, she has some hope.

“I really think there is a way to stop it or at least chip away at it,” she said. “It really pains me to see athletes in the same shoes I was twenty years ago.” 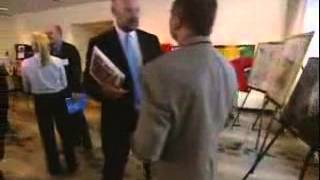 Art Of The Olympians and Al Oerter